In an industry that remains male-dominated, women work hard to establish themselves as leaders. Three women from the manufacturing automation sector share how their passion for this industry motivates them every day and the challenges they faced on the path to success.

This is Kim Thiara’s story. 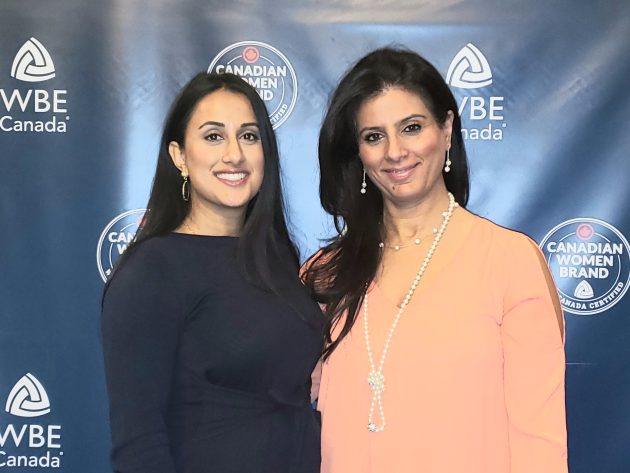 (r)Kim Thiara’s daughter Simmie (l) has followed in her footsteps and joined the industry.

Kim Thiara had never planned on joining the manufacturing technology sector. Her intention was to do interior design. The success she enjoys today is a result of her hard work and dedication, even though it was chance that brought her here.

Even though she owns the company today, Acetronic was originally established by Kim’s father.  About 27 years ago, he asked Kim to come in and help out with some paperwork. A couple of years later, Kim’s brother asked her to take care of the sales side of the business.

“My customers, my dad and my brother taught be everything about the business,” says Kim.

Kim recalls how nervous and scared she was initially. So, she approached the company’s existing customers, and was honest with them about her lack of knowledge. That helped develop a trust with them and gave her confidence.

Kim believes that continuous learning is important to stay relevant. “I have subscriptions to industry publications. I am on the Canadian Association of Moldmakers (CAMM) as a board director. I sit on the board of the Auto Parts Manufacturers’ Association (APMA). I keep myself updated on what’s happening in the industry to plan what I need to do as a business owner to adapt my company,” she explains.

Kim is the owner of the company for nearly 15 years now. The biggest challenge she has faced in her career so far is when she bought the company in 2008. She signed the papers in July, and in November that year, business had come to a standstill. The company went from having nine employees to four.

“It was an extremely challenging time to run the company. We were going through a terrible global recession. Many of our customers didn’t survive. I was accountable for the money. My biggest fear was that I would fail. In hindsight, I believe that experience made me stronger,” says Kim.

The company survived and has been on a growth path since then. Although the pandemic has brought its own set of challenges, Kim says that it didn’t feel as difficult. With COVID-19, the challenge was to keep everyone and safe while ensuring that the business stayed open. With many of Acetronic’s customers pivoting to PPE production, it has had two very prosperous years.

Kim is very happy with the direction that she has been able to take the company to.

“We weren’t doing production on the scale that we are today. All of our production was manual, whereas we have invested in machinery. We previously had two people in production, now we have nine people. Over the last 15 years, I brought on some really good lines that complement what we were doing as a company and strengthened our position within the plastics industry as well. I am also very proud of the fact that my daughter, Simmie, works in this company with me today,” shares Kim.

Being a woman in a male-dominated industry, Kim has faced here share of bias. She has been in situations where people did not pay attention to what she had to say. Even though conversations never went sideways, it was noticeable from the body language of people, they were disinterested. However, she stayed focused and confident about her work and did not pay heed.

Kim says that there has definitely been a shift in the workspace today. She adds that Acetronic’s success also commands respect with customers today.

Kim has been a role model for her daughter Simmie who decided to follow in her mother’s footsteps. She says that for women who don’t have that support, it is important to have confidence in who they are.

“They have to work hard at gaining the knowledge needed for their role and be honest with colleagues and people in their workspace. They should try to connect with women that are in industry and be part of associations. Having such connections gives you a bouncing board for ideas and allows you to understand that you are not alone in facing these struggles and barriers.”

Kim says that she doesn’t see herself  fully retiring as she loves her work. Manufacturing is exciting and it is even more exciting to be in Ontario, the hub of manufacturing in Canada, she says. To the young generation, her advice is to open themselves up to all the opportunities in this industry as the sky is the limit here in Ontario.